Don’t Read In Public: “I Want to Eat Your Pancreas” Broke Me

I had some time to kill last Saturday while at my local Books-a-Million. I went there to relax and get some time to myself and do a little work on the blog. I decided to read a manga or two with the time I had left to kill. I perused the manga section and saw “I Want to Eat Your Pancreas” and grabbed it. (I didn’t know it had a manga) I had heard about the movie and that it was really good and also very sad (Sad movies/stories are my favorites). and I have been dying to watch it but have been unable to find it anywhere.

I sat down and read the cover sleeve. I Want to Eat Your Pancreas is the story of a young girl dying from a chronic pancreas disease. She has kept her disease from everyone except her family, until one day an introverted classmate accidentally stumbles upon a her journal which she uses to record her struggle with the sickness and her eventual death. They began to send time with each other and the experience changes both of their lives. Yep, this sounded right up my alley. The manga is fairly thick, so I assumed I would read a quarter of it or maybe half before I had to head out…

My anime brothers and sisters, I kid you not, this book BROKE ME. I could not for the life of me put it down. I sat there for around three hours, taking in each page, becoming totally immersed in this beautifully tragic story. The art was great. The writing was wonderfully on point, the things the teenagers discussed or said seemed exactly like I remember talking at that age. Sometimes, the perfect line at just the right moment would have me choking back tears.

THIS MANGA MADE ME FEEL SO MUCH

and is that not what we look for from our favorite thing? Steadily, I neared the final couple chapters and all of the emotions I had been holding onto reached a peak, the dam broke, and I finished the book with a sob as a group of onlookers stared and probably wondered if I was okay.

I literally ran out of the store and to my car where I could compose myself. “I Want to Eat Your Pancreas” is the best one-off manga I have ever read, and I would really like to thank Yoru Somino for the book and such a moving experience. Everything was amazing, the only thing I did not totally like about the it is actually a story based thing, so I will put it at the bottom under a spoiler alert.

Please read this book, but don’t do it in public, and make sure to have some tissues handy. I spent the remainder of my day after reading it a bit aloof in thought. I wandered around and went to stare at the river for a bit. I thought about my life and about living everyday to the fullest.

*UPDATE* A couple days after reading the manga I finally got my hands on the movie and watched it. It was really good, visuals and music was great, but I don’t know if it was because I already knew everything that would happen, but the movie just didn’t hit the heartstrings the same way. I’d recommend giving it a watch, but the manga is really a treasure.

My only qualm with the entire thing is one of the story choices made towards the end. After Sakura is released from the hospital, she is killed by a criminal in a stabbing incident. There is some foreshadowing to this earlier in the book, and I think I see what the author was trying to do; but in my opinion I feel it was unnecessary. Having Sakura die from her disease I think would have touched me in the same way. My wife did have a point though when she said if it had been that way, it would have been just like any other book or movie about someone dying from a disease.. 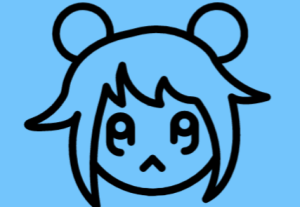 Welcome to Anime Saved My Life! Have a look around, my blog covers new anime, reviews, and in depth discussions of how anime affects us on a personal level. Check out my About section for more on my story and to find out how to contact me!